Training Myself To Not Exist 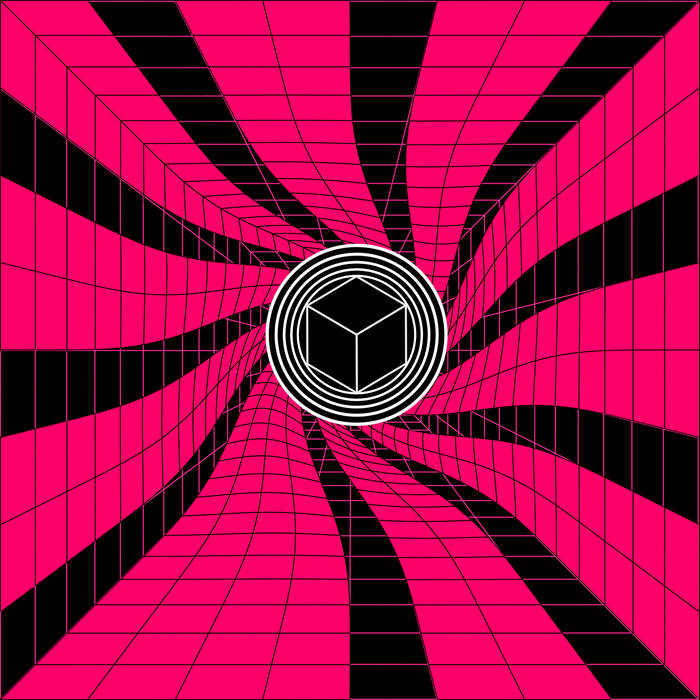 I wanted to make a broken record. Because, I feel like I am one, most of the time. I think it goes hand in hand with trying to make a record that resembles all of the thoughts and processes that I lived through
in order to make it.

One of my best memories of my grandpa, we were going somewhere in a car together and somebody had brought along a CD copy of whatever music I had just recently released. A few minutes in, he gets this worried look on his face and asks, "what's wrong with the CD?", as if all of the glitching and looping sounds were the result of some defect with the disc or the player. My aunt jumped in and informed him that this was something I had done on purpose, but I walked away happy to know that my grandpa could listen to my music and know that something was wrong.

So, here's another broken record. There's a lot wrong with it. It's weird, stubborn, and full of surprises. It's nerdy, tender, and chaotic. It will find a happy home in bedrooms, speeding cars, parked cars, dance parties, campsites, headphones...try it wherever.

Not much! All of the MIDI instrumentation was recorded via an Ableton Push, and the MIDI automation was done via a MIDI Fighter 3D. These are generally the only controllers that I use these days, both in the "studio" and on stage. I'm running Ableton 9.1.2 on a 2010 iMac.

All of my guitar parts were played on a Strat, basically right off the shelf, plugged directly into a cheap USB interface. Josh played most of his parts using an SG running through pedals, into the same interface. Sometimes I used a wah pedal, I think. Roughly half of the bass parts were recorded the same way, using an older Fender bass that Tyler let me borrow.

Vocals were recorded mostly using a SM58, and a couple other dynamic mics. They were all plugged directly into the USB interface, one at a time.

All of the synths are software synths. All of the drums, strings, pianos, steel drums, etc come from one software sampler or another.

There's something very romantic and professional about taking a project like this into a studio with a lot of really expensive gear and/or personnel, and I have a great appreciation for a lot of music that is made that way. This isn't that. This was a guy and a computer, locked in a dark room for a year (after years of practice doing the same). Sometimes it was pleasant, romantic, structured, sane. Often, it wasn't any of those things. Frequently, I felt like a spider on its back, pulling out thread until it is buried underneath a pile of it all. Other times I felt like an angel, weeping into a digital toilet, not sure of whether or not I was afraid of being sucked in.

Everything is built in Ableton, and nothing left Ableton until the very end of the process. I would love to document my Ableton workflow, and the songwriting/production process, but I don't think this is the place for that.

Dedicated to the hypocrites, the liars, the truthers, the fakers, the realists, the losers, the lost, the let-downs, and those who have been let down. May we all find peace through each other, somehow.

Track Name: Lift Me Up
Are we alone out here?
Sucking on embers while the planet spins around
Only got ourselves to fear
Sons and daughters lost until we’re found
I feel it coming near
Run to help our bodies leave the ground

Don’t you want to believe in anything?
Don’t you think there’s something out there?

I can’t stop feeling like I’m late
We’re past the point of being saved
Track Name: Birthday 26
Don’t look at me now, I’m not here
Track Name: What's a Body?
I slipped on yesterday and fell into the year before
I’m lying on your couch, my mind is walking out the door
Tried to trip myself away but I kept coming back for more

What’s a body but a prison cell for souls?
Can you blame me when I feel like going home?
What’s a body but a box that’s built to hold
All the secrets and the thoughts that we’ve been sold
Track Name: Taking Control
A stick of butter spread over twenty miles of bread
The lies are wearing thin, I’m pulling out my hair again
Here come the hypocrites, trying hard not to give a shit

You fear it
I feel it
Track Name: Gemini
While you sleep softly on your bed of lies
You’re the dream that keeps me up at night
I seek the candles burning in your eyes
You feed me darkness when I see the light

A victim of your own duality
Don’t you know we’re on a road to nowhere?
Lost inside your own reality
Trapped between the walls that keep me out

I am not the friend I tried while I was getting high
I am not that one time fuck that you gave when you were drunk
You are not the love of my life
You’re just another gemini
Track Name: Snake Charmers
Everybody gets what they deserve
Venom raining down on snake charmers
Rain down

How’d you get so disingenuous?
Did you really think you’d get away with it?
How’d you get to be so full of it?
You’re a waste hole of my emptiness

Venom rains down on snake charmers
Track Name: Karma Drain
Is there any justice in the world?
Karma’s just a drain beneath a swirl

If you don’t make it right, I will
Track Name: Save This City
I used to think I could save this city
I used to wish you would be my girl
I came to find everyone was shitty
And together, we will fuck the world
Track Name: Hamster Wheel
That’s not a ladder, that’s a wheel
Tell me, how does it feel?
To be a hamster climbing into the sky
Run, run, run, run, run, and then you die
Stop, where do you think you’re going?
You’re running in place
Been picking up on all the signals you’re throwing
We’re so fucking afraid
Track Name: Godafoss
I think it’s time for me to go home
Before you melt through all my snow
But if you leave, I won’t go
And if you stay, I won’t

You think you’re clever when you run and hide
Never lasts forever when you take the time
I’m not the monster that you see in me
I’m just a goddamn human being
Track Name: Magnifique
Bonjour, bienvenue à la magnifique
Vivre c’est mourir

Bandcamp Daily  your guide to the world of Bandcamp